Required cookies are essential to let you move around the website and use its features, such as accessing secure areas, shopping baskets and online billing. These cookies allow our website to provide services at your request.

Functionality cookies are used to remember the choices you make, e.g. your user name, log in details and language preferences. They also remember any customisations you make to the website to give you enhanced, more personal features.

Targeting cookies collect information about your browsing habits to deliver adverts which are more relevant to you and your interests. They also measure the effectiveness of advertising campaigns.

Save Settings
Accept All

This site uses cookies and related technologies for site operation, analytics and third party advertising purposes as described in our Privacy and Data Processing Policy. You may choose to consent to our use of these technologies, or further manage your preferences. To opt-out of sharing with third parties information related to these technologies, select "Manage Settings" or submit a Do Not Sell My Personal Information request.

NEW FACE OF THE BRAND: FIRST GLIMPSE OF THE VAUXHALL GT X EXPERIMENTAL

After being part of Groupe PSA for exactly one year, Vauxhall today revealed a further teaser image of its GT X Experimental brand concept for the mid-2020s. It will embrace its core values – British, Ingenious, Progressive and Approachable – and provide a template for the future design of its production cars.

Due to be revealed later this year, the GT X Experimental is the first vehicle to feature the new Vauxhall face. The brand concept follows the new “Vauxhall Compass”, which clearly structures the front design of future models. The main feature of the compass is two prominent axes that insect the Griffin emblem. On the one hand, this is the characteristic centre crease on the bonnet and on the other, the wing-shaped daytime running light signature. The Griffin forms the focal point of the design.

The headlights, daytime running lights, the cameras and sensors of the assistance systems, along with the Griffin are framed and protected by a unique design element. This element is reminiscent of the eye slot of a motorbike helmet and called “Vizor”. The “Vizor” makes its debut on the GT X Experimental and will give all Vauxhall models a new, distinctive bold and pure face.

Redefining the brand is an integral part of Vauxhall’s PACE! strategy, which will drive the company to a more efficient and profitable future. Just nine months after announcing the PACE! plan, Vauxhall/Opel last week announced a profit of €502 million[1], a margin[2] of five per cent and an operational free cash flow of around €1.2 billion.

Led by British Vice President Design, Mark Adams, the Vauxhall Design team looked at building from its great heritage and landmark concepts, toward a distinctive new design execution for its future exterior and interior designs.

“Design will be at the heart of everything that we do in future,” said Mark Adams. “It will truly differentiate the Vauxhall brand, and make it sharper and more relevant to our core values. We are a proud British brand and design inspiration is all around us in the UK – from the bold ingenuity of James Dyson to the pure designs of Jonathan Ive – and this concept will embody that.’ 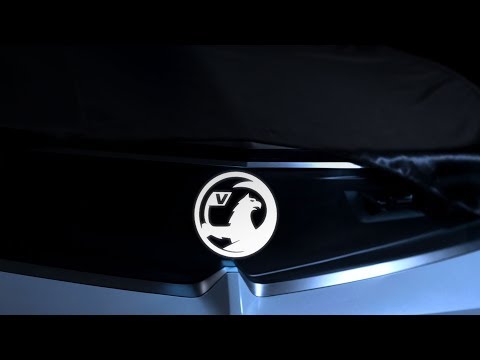 The GT X Experimental is due for final reveal later this year, stay tuned for more information.

Baylis Investment Proves To Be A Life Saver