Vauxhall's British built Astra has been awarded European Car of the Year 2016 at the 86th Geneva Motor Show.

Vauxhall's CEO Dr Karl-Thomas Neumannwas presented with the award by Car of the Year President Hakan Matson the day before the first press day of the Geneva International Motor Show, the Astra beat off competition from the Volvo XC90 and the Mazda MX-5.

Rory Harvey who is Vauxhall’s Chairman and Managing Director said “We’re delighted the Astra has been recognised for yet another award, to be named European Car of the Year by judges throughout Europe is a testament to the hard work that has gone into the Astra. This is the new model’s first full year of sales, and it has already been well-received.”

This year see's the 52nd European Car of the Year Awards and the fifth time Vauxhall has won with the previous winners the Astra Mk2, Omega A, Insignia and Ampera.

Surely the remainder of 2016 can only get better! 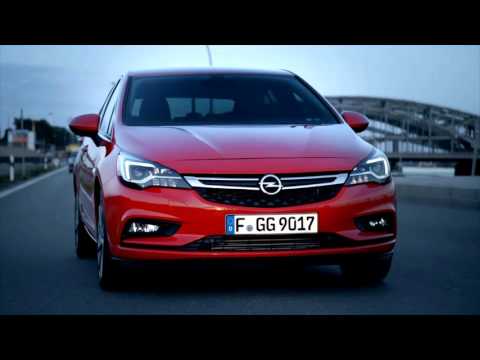 Back
Vehicle Valuation
Compare Saved Vehicles
Top
Close
Your Cookie Settings
Select your cookie settings
Strictly Necessary Strictly Necessary cookies are essential to let you move around the website and use its features, such as accessing secure areas, shopping baskets and online billing. These cookies allow our website to provide services at your request.
Performance Performance cookies collect information about how you use our website e.g. which pages you visit most often, and if you experience any error messages. They also allow us to update our website to improve performance and tailor it to your preferences. These cookies do not collect any information that could identify you - all the information collected is anonymous. They will not be used to target adverts to you on other websites.
Functional Functionality cookies are used to remember the choices you make, e.g. your user name, log in details and language preferences. They also remember any customisations you make to the website to give you enhanced, more personal features.
Targeting Targeting cookies collect information about your browsing habits to deliver adverts which are more relevant to you and your interests. They also measure the effectiveness of advertising campaigns.
Save Settings
Cancel Changes

Your settings will take affect when you refresh the page or move to a new page. Find out more about cookies